Here is a little Halloween Felt Story!
5 little Pumpkins
Five little Pumpkins sitting on a gate.
The first one said "My, it's getting late."
The second one said, "There are witches in the air."
The third one said, "But we don’t care."
The forth one said, "We’ll run and run and run."
The fifth one said, "It's just Halloween fun."
"Whooooo" went the wind.
And out went the light.
And the five little pumpkins rolled out of site.
© Copyright http://www.preschoolprintables.com/
Here are my little felt pumpkins and fence! 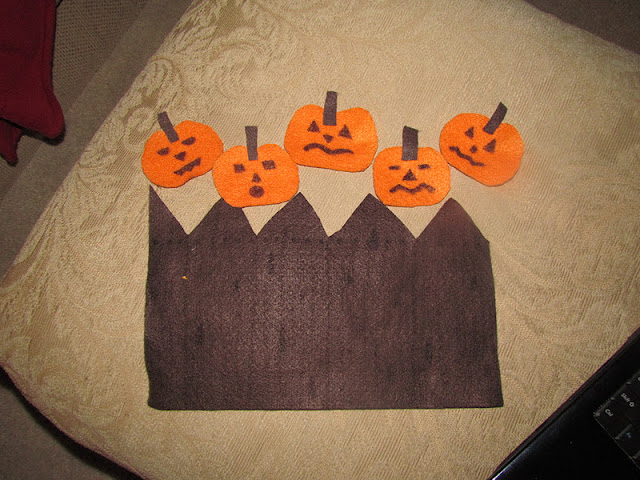 you could add more pieces like a witch, or a moon, but this is what i got!
Hope you enjoyed it!
I also made these felt pumpkins so that the kids could create the faces that they want!
So far its been a hit! 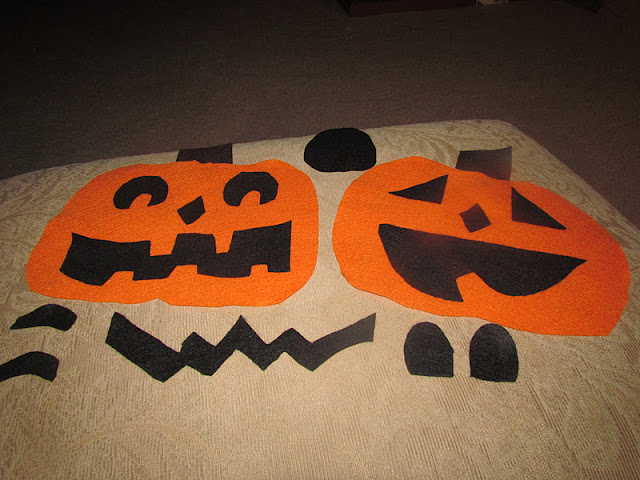 What are some of your favorite felt stories?

Linking up with teach preschool
happy friday!
Posted by Jill@babies, toddlers, and preschoolers, Oh My! at Friday, October 28, 2011